Craig and Kyle Stevens, two brothers raised in Vero Beach Florida, followed in their father’s footsteps when they opened their first Frugal Framer in 1995. They concentrated on competitive pricing everyday then added next day service on most framing and now have a goal to offer FREE DELIVERY AND HANGING on most of the pieces they sell.

The brothers have 2 successful locations on the Treasure Coast.

Next to ABC Liquors, In the Miracle Mile Shopping Center

In the Home Depot Plaza

Across from the Treasure Coast Mall in the Marshall’s plaza on US One. 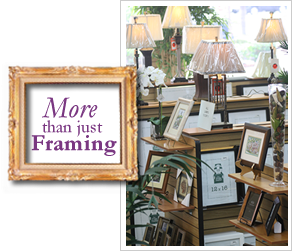